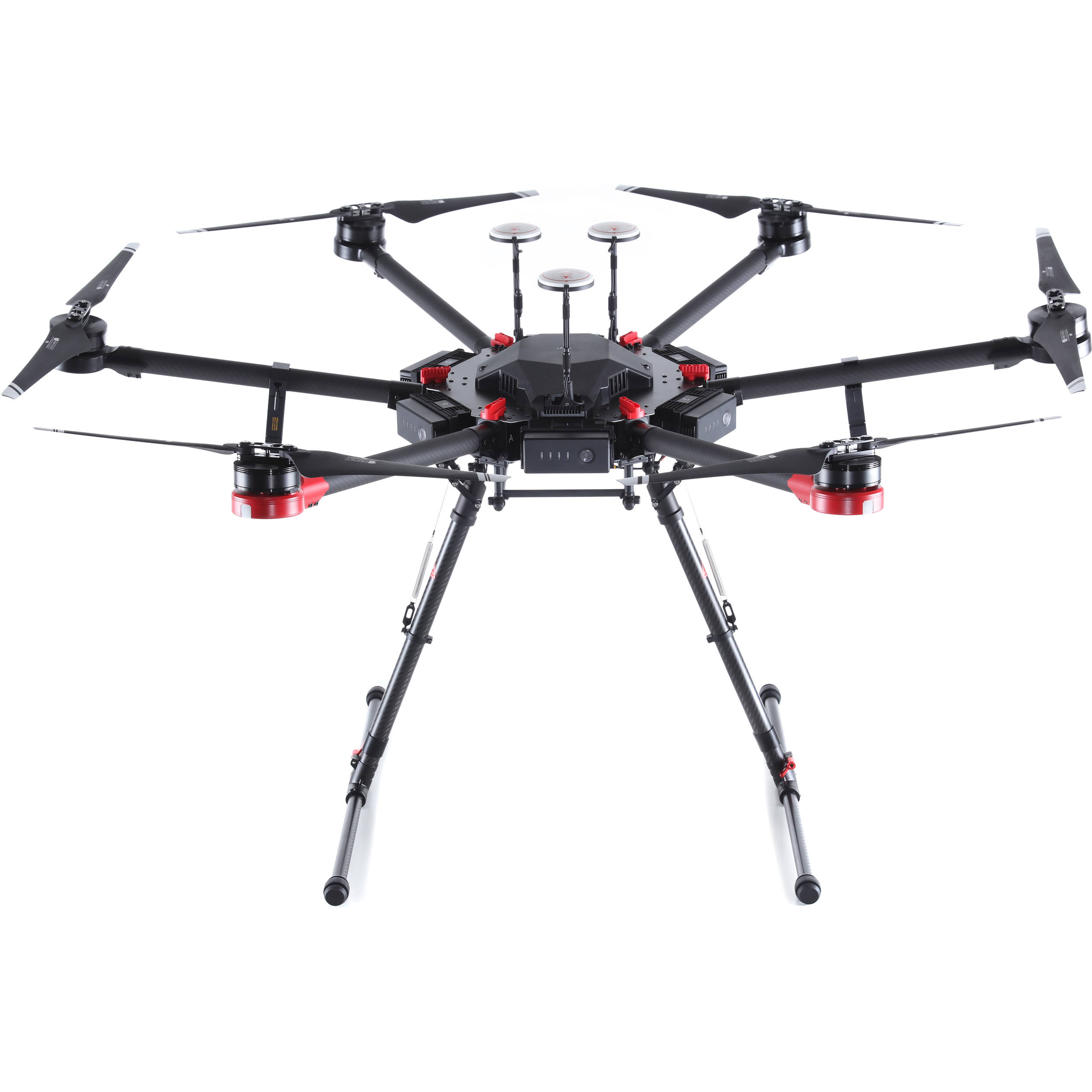 To control the camera, you can also make use of  the App. It gives access to shutter speed, ISO, photo or video capture. This app is compatible with both iOS and Android.

There is also the DJI Assistant 2 which offers supports for firmware updates and Ground Station, and comes with a built-in flight simulator. With its new, built-in flight simulator, it ensures that complex moves can be practiced in advance without risking the aircraft, and a completely overhauled Ground Station to support touch screen interaction, offline mission design, route planning and even formation flight for multiple aircraft.

DJI Matrice 600 Pro sports a compact and lightweight, easy to assemble design. The incredibly small body and weight makes it easy to fly higher than most drone with the same price range.

Above all, under the new upper cover, there are GNSS modules and sensors for easy flight including collision sensors, an altitude sensor and optical sensors at the back.

This drone features major upgrade and update from its predecessor the Matrice 600. It is built with the DJI’s E2000 Tuned Propulsion system which is engineered using a combination of 6010 motors, 1240S/X ESCs, and R2170 propellers, for industrial applications and aerial imagery.

It also supports the Ronin-MX gimbal, DJI Focus and a range of cameras from Micro Four Thirds systems to the RED EPIC. DJI Matrice 600 Pro is also compatible with several Zenmuse cameras and gimbals to offer improved performance.

In addition,  thanks to the DJI Lightbridge 2 system, the DJI Matrice 600 Pro has professional HD transmission which allow you to travel further and see more clearly. The integrated controller and intelligent algorithms set a new standard for wireless HD image transmission by lowering latency and increasing maximum range and reliability.

See also  Samsung A12 Case: The Best Cases For Your New Phone

Furthermore, the Lightbridge 2 Ground Unit all support video output at up to 1080p/60fps. You can enjoy as low as 720p/59.94fps and 1080i/50fps broadcast standard output, thus, enabling even more creative opportunities for aerial imaging.

This drone has an intelligent drive system using the sine-wave-driven which offers the most advantages in smooth motion from a smoothly rotating vector. All phases of the motor are used at all times and the optimum commutation angle rare set for maximum torque production at all times making each flight smooth.

The DJI Matrice 600 Pro also comes with an improved global positioning (GPS/GLONASS/Galileo), altitude sensor and the three downward-facing distance with an optical sensors which means the drone has nearly-flawless perception of its positioning and can hover as well as much more expensive alternatives.

It has a robust control algorithm that enables the A3 and A3 Pro to be adapted to a wide range of aircraft without the need for manual tuning. With a fault-tolerant control system, you can easily land the drone safely even in the event of propulsion system failure.

Apple Laptop Charger: The Best Choices and What To Know Before You Buy

Apple Laptop Best Buy: The Best Deals on the Web

The Apple Laptop Macbook Pro: Everything You Need To Know

Why can’t my Acer Laptop connect to wifi (Solution)